The schedule of the five-day, match of the IX BFA U-12 Baseball Championship in Guangdong,
Zhongsha, China Taichung, Taiwan, has been revealed by Baseball Federation of Asia in Taipei. 9 teams from Japan, Korea, Chinese Taipei, China, Pakistan, Hong Kong, Indonesia and Mongolia have been selected to play in the Championship from December 9-13, 2016.
Please click here to obtain General Information. 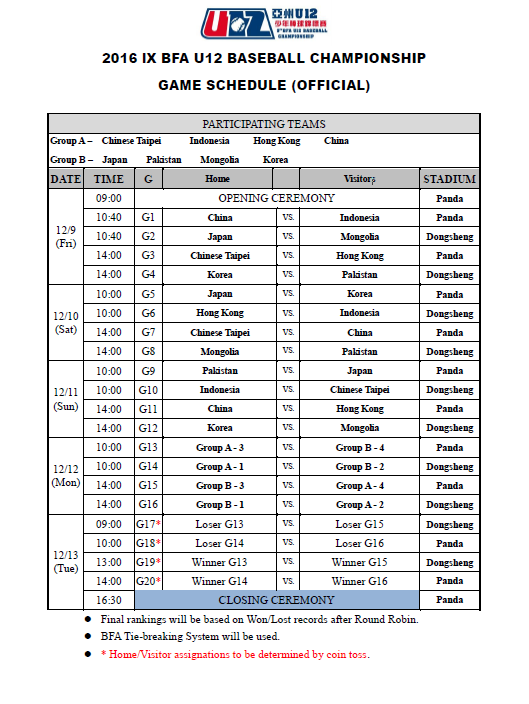