Riseisha (履正社) of Osaka known for its strength in high school baseball beat strong opponent Waseda Jitsugyo (早稲田實業) of Tokyo to win for the first time the High School Division of 47th Meiji Jingu National Baseball Championship 11-6 at Jingu Stadium in Tokyo on November 15, 2016. A see-saw like game till fourth inning turned into scoreless pitching duel after the fifth.  Waseda aimed for their second win after 40 years but without success.
The Kinki regional high school federation of the champion of this year is invited to send its regional All Stars to participate in the Japan-Taiwan high school exchange series in Taichung from December 24 to 27.
They will be joined by All Stars of Nara Prefectural High School Federation in the 4 teams’ Exchange Series to play against the winner and runners up of 2016 Black Panther Flag Tournament of Taiwan. They are Ping-Jen Senior High School (兵鎮高中) of Taoyuan and The Affiliated Taichung Senior Agricultural Vocational High School of National Chung-Hsing University (興大附農) in Taichung.

Meitoku Gijuku High School of Nara’s Federation was the champion of the last year’s National Invitational Championship in Koshien. At the 2015 High School Exchange Series, two All Star teams representing Ehime Prefecture and Yamagata Prefecture played against their counterparts in Taiwan. 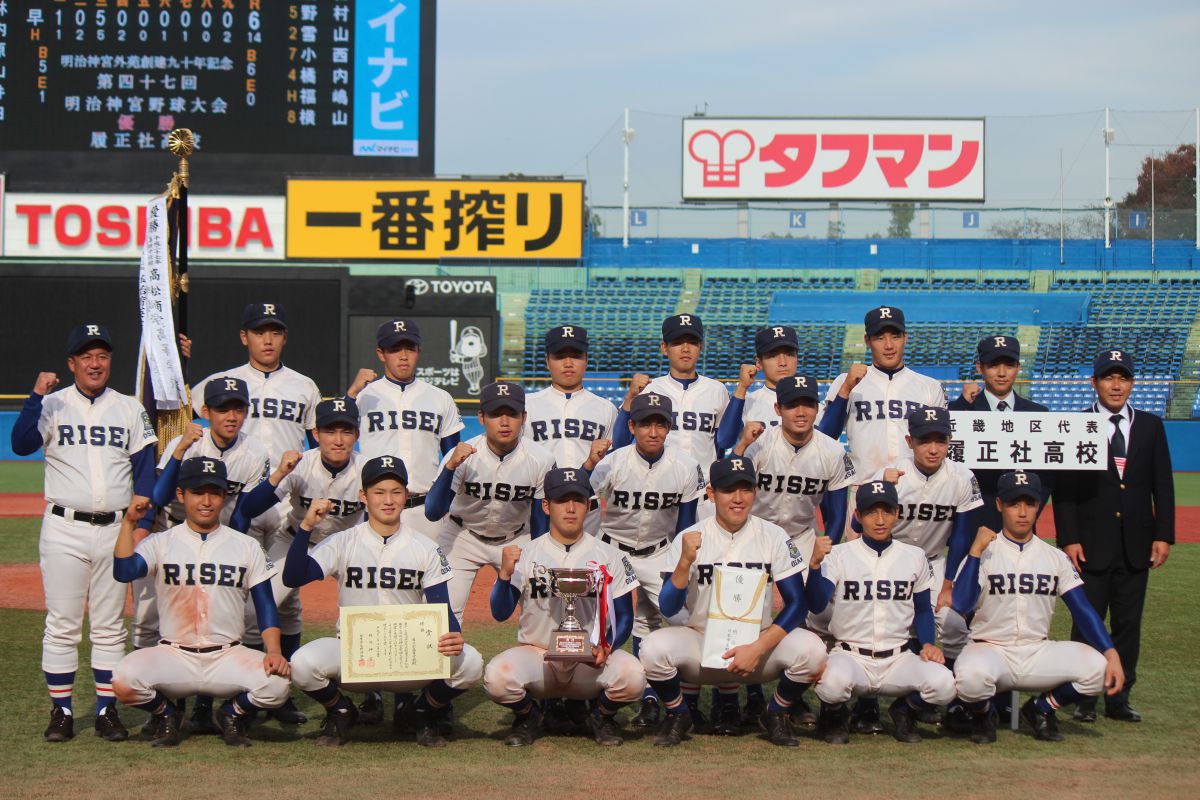