Baseball teams of six West Asia will compete to have a ticket to 2017 BFA Championship to be played by China, Chinese Taipei, Japan, Korea, West Asia Champion and East Asia ChampionrnUnder the auspice of Baseball Federation of Asia (President Tom Peng of Taiwan), Pakistan Federation Baseball hosts the event at Islamabad Sports Complex, Islamabad from February 25 to March 1, 2017rnSix teams will be divided into two groups with Group A comprising Pakistan, Iraq and Nepal, and Group B Iran, India and Sri Lanka. Winners and runners-up for each group will advance to semi-finals and onward 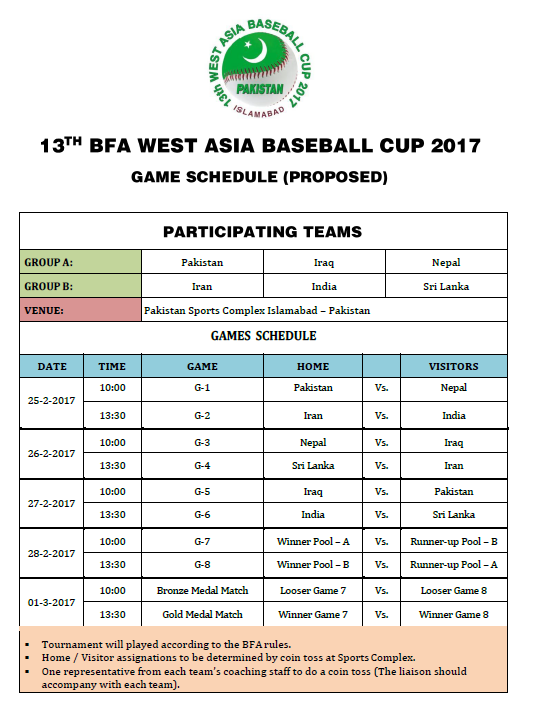