Pakistan (6th in WBSC Asian Ranking) put up a strong battle against Japan (1st in the Asian Ranking) and scored a run on top of the 1st inning. Subsequently, Japan came from behind and won the game 9-1. Manager Kojima brushed off concerns by some people if his Team, comprising players of Japan Amateur Baseball Association (JABA) only, can win over Chinese Taipei and Korea studded with professional players. “Our Team is in good shape. The game tonight should have served as a wake-up call to our players.” said Kojima. Japan will meet Mongolia (16th in Asian Ranking) on September 25 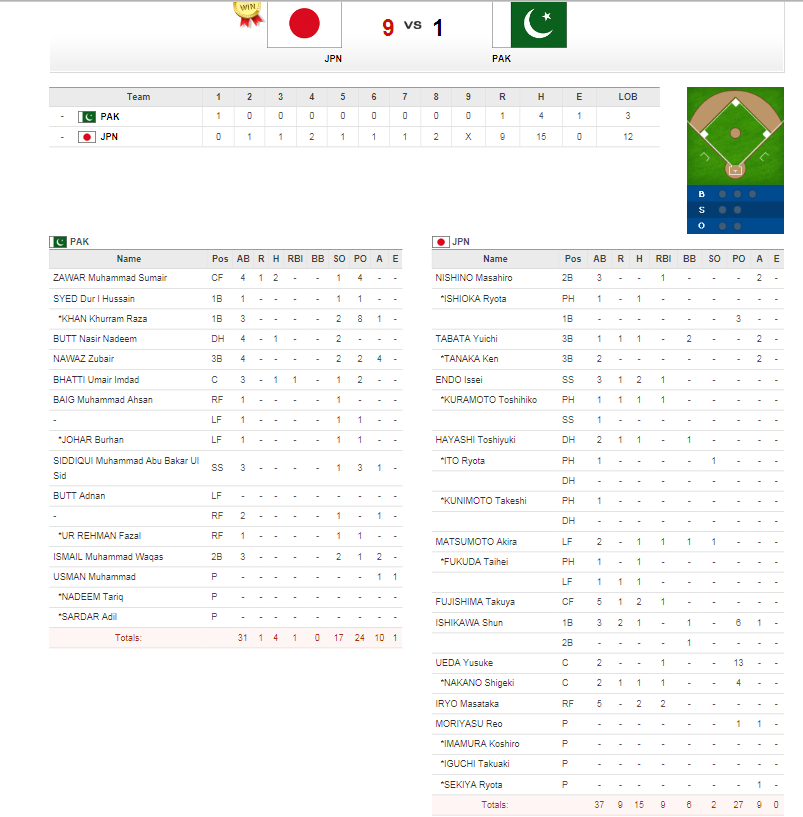