According Yonhap News, losing manager Lee Kun-yol of South Korea lamented the shallow talent pool at the collegiate level as his team meekly bowed out of the semifinals in baseball at the Summer Universiade.

South Korea lost to Chinese Taipei 2-0 in Friday's semifinals, and was relegated to the bronze medal contest against the United States later Saturday. South Korea mustered five hits and was struck out 12 times against two Chinese Taipei pitchers. Lee's team also wasted a handful of scoring opportunities, as Kim Ho-eun and Kim Ju-hyun, the No. 3 and No. 4 hitters, combined to go just 1-for-8 with four strikeouts.

South Korea had seven left-handed batters in the starting lineup and Lee said he would've liked to have more right-handed batters.
"The problem is elementary schools force kids to switch from right to left (in the batter's box)," he said. "It's difficult to find right-handed bats at the collegiate level."

Lee said his team got some reps against left-handed pitchers in the lead-up to the Universiade, but it didn't have the desired effects because they didn't face any quality southpaws in practice.

"All the good left-handed pitchers that come out of high school often go straight to the pros," Lee added. "I don't think the Chinese Taipei pitcher (Lin) had great stuff, but we just couldn't get to him. 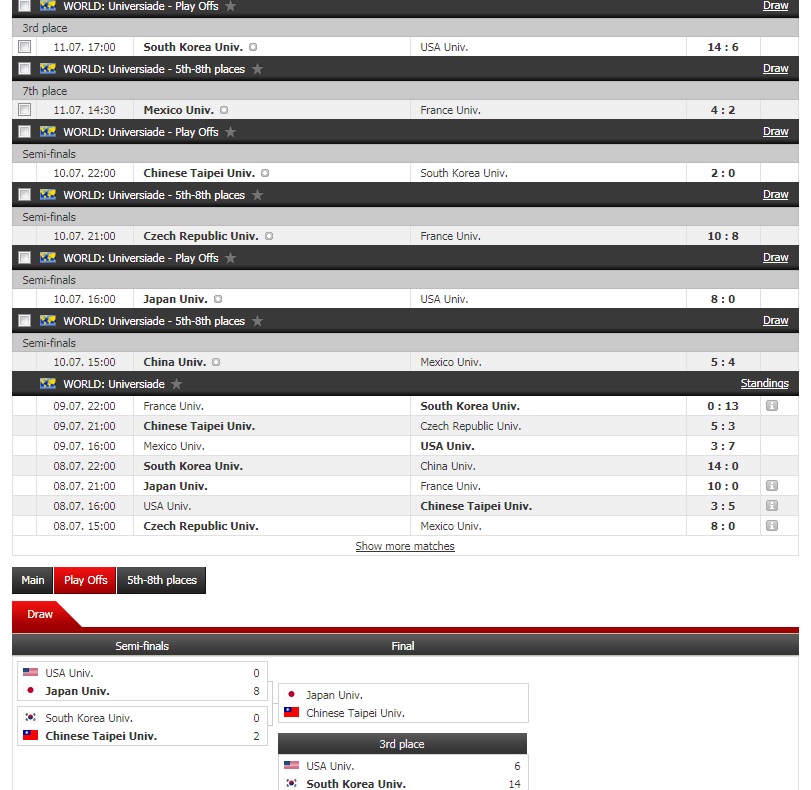